Virtual Reality & Storytelling: the next generation 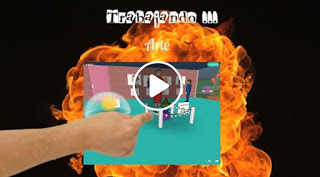 Hi there!
We would like you to help us with your votes to share our promotional video presented at V Premio GSD Innova. The video is an introduction of our project "Virtual Reality and Storytelling: the next generation". Different classrooms from the 3rd to the 6th grade in Primary Education at Ponte dos Brozos School and Code Club members are involved in this project.
After watching the video on the GSD Innova page, leave us a "like", please if you liked. You can also share it in your social networks to reach more people.

Thank you very much. 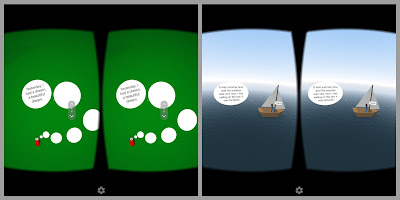 Hi guys!
Summer is here! Enjoy it, go to the beach, jump into the sea, look for treasure, hide in caves, look for shelves, go for a walk, travel, play with your friends or make new ones, practice English, spend time with your family, dance, go to the movies, read a book, talk about projects and worlds you have created at school or create a new one... but take advantage of this time to relax so you can come back to school in September with recharged energy!

Here you are a Virtual Greeting called "Summer Dreams" created with CoSpaces by Uxía Vázquez from class 6E.
https://cospac.es/7bFr

VR Storytelling with CoSpaces in the EFL classroom 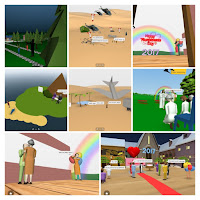 Hi there!
Storytelling in Virtual Reality with CoSpaces can ve very interesting to increase students' imagination, creativity, and communicative language skills in learning a foreign language, but also can encourage cooperation between students.
VR storytelling integrates multiple learning contexts: listening, speaking, reading, writing, grammar, vocabulary... into students' projects. And the most important thing! It was incredible fun in the class!


Here they are some of their wonderful projects.

Some VR stories from class 4D


Some Valentine's cards from class 6E

Here you are a Padlet with all the projects you are sharing with me until this very moment.
Thank you so much, guys! I'm so proud of you!
Go on creating and sharing! 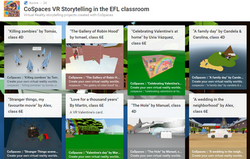 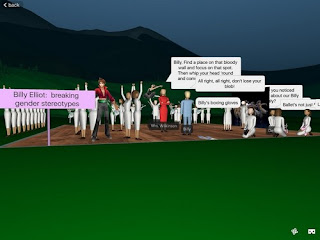 THE PLOT
Billy Elliot is the story of a boy  from a coal mining family who loves dancing and his decision of learning ballet causes a great deal in his family.
The story is set in Northern England in the 80,s and it's about gender stereotypes, differences in social class, miner's strike in 1984 and the use of police violence against the miners.


THE IMPORTANCE OF THE EFFORT & PERSEVERANCE
Billy is destined to be a miner as his father and brother, but he is very different from them. He wants another life and thanks to his great talent, to his effort and perseverance he will be able to obtain a scholarship from the Royal Ballet School. 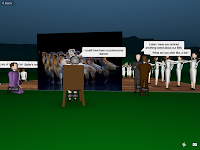 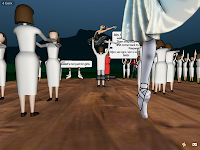 GENDER STEREOTYPES IN THE FILM
Gender definitions and divisions are shown in the gym where boys box and girls attend ballet lessons.
Billy's father and brother think boys must be interested in football, boxing or wrestling, but not Ballet, of course! But Billy wants to dance because it's his passion.
The different genders are clear: pink ballet slippers for girls and blue boxing shoes for Billy. 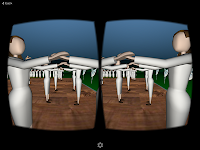 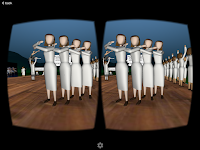 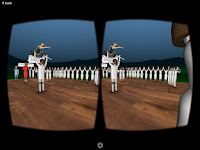 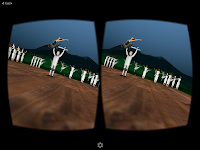 Here you are an example I have created using CoSpaces.
I hope you like it.
https://cospac.es/SNmz
Now it's time for you to create and add other scenes to your project about the movie Billy Elliot. 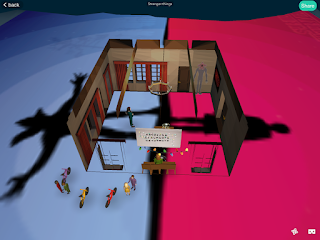 Hi there!
Recreate some scenes from a film we are or were watching in class. First of all imagine how the setting might look like and then how to position the characters and objects. 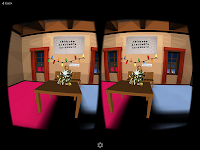 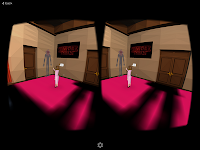 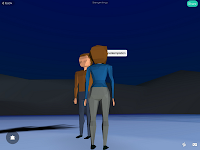 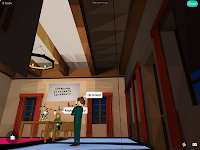 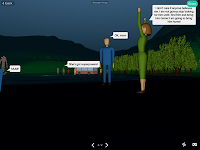 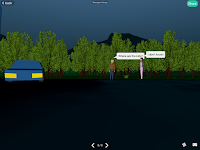 This example I have created is about  Stranger things, the TV series we're watching in class. Can you guess the characters and some scenes in the show?
Now it's time for you to create! Maybe The Goonies, Billy Elliot, Bend it like Beckham, Stand by me, Inside Out, Up...

If you can imagine it, you can create it.
Enjoy!
https://cospac.es/fHK1
Posted by Aurora Jove No comments:

Create a Virtual Card with Cospaces 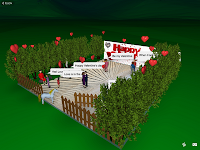 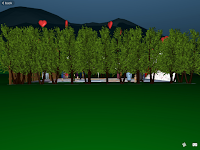 Hi guys!
Have you already written your valentine's card? Don't worry because you can try something new this year and make a Virtual Reality Valentine's card for your loved ones. 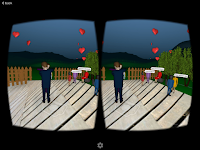 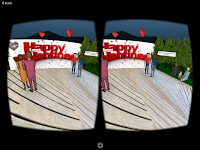 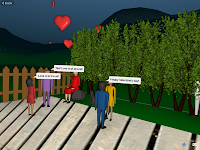 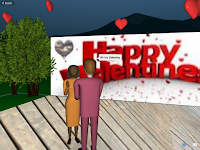 https://cospac.es/cH5C
This is an example I have created for you to inspire.
I hope you'll have fun designing your very own VR Valentine's experience! 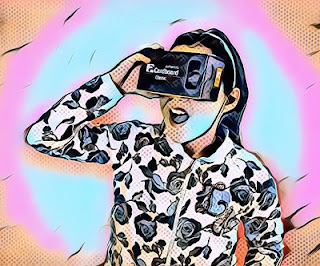 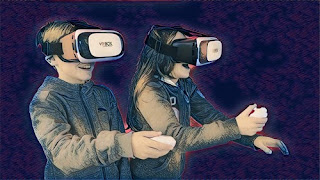 Hi kids!
Jump on the Virtual Reality with CoSpaces and create your own virtual worlds!
https://cospac.es/YHov


CoSpaces is a 3D tool to create virtual spaces on the computer and then dive in your creations on your tablet or smartphone. It's very intuitive to use but there is a YouTube channel  and a Blog to help us.
You can select different environments, objects, figures and change the colour, size and position of all the elements. When you finish a project you can share it with others or explore spaces other users have created.

WHAT YOU WILL NEED: 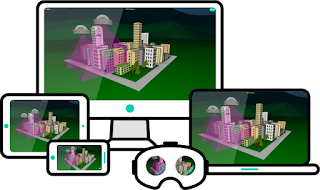 See you in the classroom, guys. Your CoSpaces accounts are ready to use!

Songs in the project:
* "Perfect day" by Lou Reed
* "Love is a losing game" by Amy Winehouse.
Posted by Aurora Jove No comments:

Honoured to have been awarded

Honoured to have been nominated. 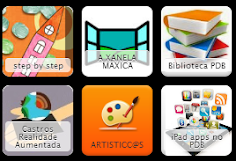